NOTE: I have noticed, along with many other people, a small constant buzzing sound from my chime. This buzzing appears to affect many smart doorbell like Ring, August, and Nest along with this one. I think I might have an easy fix at the end of this post.

Ever since Ring released their video doorbell a few years ago, I’ve been waiting for a WiFi video doorbell that didn’t rely on the cloud (and a monthly fee), was powered by hard wire, and still looked decent. I’ve only had it for a few days, but I think that the Nelly Security doorbell accomplishes this. Unfortunately, it looks like the Nelly version is out of stock at the time of writing, but this doorbell has been rebranded by a bunch of other companies, one of which is Nelly. Uniden also has their own rebranding of it. All of them are pretty much the same except for the logo. Even the firmwares are all interchangeable. Some of the other companies using this camera are HikVision, LTS, and Clare.

Here’s what you will need:

The first thing you need to find your doorbell transformer and make sure the voltage will work. This was a challenge for me, but in the end it, turned out that the transformer was right behind my doorbell chime near my entrance. From what I have read, it could be in a number of places. Maybe directly under the door in your basement or crawl space, in your electrical panel, in your attic, or somewhere on your furnace. Lucky for me, mine was 16vac, so it should work with the WiFi doorbell.

The picture on the left is the chime, and the one on the right is the transformer, which was behind the chime. If your transformer isn’t correct, then you will need to replace it. Just connect the wires the same way as the old one, but make sure you cut the power to the doorbell first. 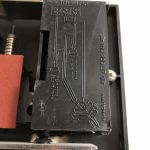 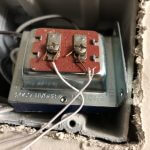 Both leads from the transformer go the the chime, but one of them go through the doorbell button first. 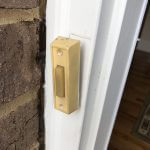 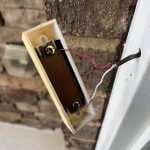 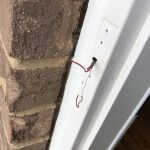 Now you just need to connect the video doorbell. Everything I’ve see says the way the wires are connected don’t matter, but when I connected mine, it wouldn’t connect to WiFi until I reversed the wires, and it worked. Just something to consider in case you have issues connecting to WiFi. 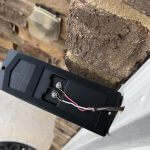 After you have it connected, the light around the button should turn on. Wait a minute, and it should start blinking blue and red. It is waiting to be configured now. Open up the app on your phone. Tap ‘More -> Settings -> WiFi Settings’. Put in the information for your network and tap ‘Generate’. That will generate a unique QR code. 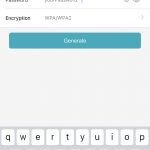 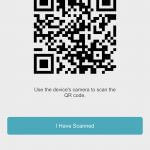 Show that QR code to the doorbell camera. You can tap on the QR code to make it bigger if needed. I have an iPhone 8+ and I had to hold it about 6 inches away. You may need to slowly move it slightly closer or further away to get it to read. Once the camera reads it, it will beep. After a few seconds, it will let you know whether or not it connected. If it didn’t connect, then try reversing the wires. You may also have a weak WiFi signal there and you may need to use a repeater if your router is too far away.

After you have it connected to the network, you can go ahead and screw it into the wall and put the faceplate on and screw the faceplate in at the bottom using the tool provided: 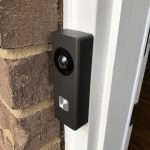 Once the doorbell is connected, you can add it into the app. The app will then ask you to set a password for it. This password will allow you to access the web interface where you can view the video through your computer’s web browser. The username would be ‘admin’. Check your router to find out what the IP address of the doorbell is.

If you want to add it to something like Blue Iris, iSpyConnect, or Ivideon, then you can use the following address: rtsp://ipaddress/mpeg4/ch01/main/av_stream

Once everything is setup, when someone rings the doorbell, it will actually show up on your phone like a phone call and you can have a 2 way call with them. The audio isn’t great, but I don’t really have any trouble understanding what is being said on either end. For the price, I’m impressed with what this thing can do. The video is pretty good as well. If there’s nothing in the way, you could probably see your whole front yard.

If you are experiencing a buzzing sound then this fix might work. It worked for me at least. The buzzing happens because your smart doorbell draw a lot more current than your old dumb button. That current has to flow through the chime, and it creates a buzzing sound.

Your chime should have a terminal for the front door and the back door, with the common terminal in the middle. I would think that most people aren’t using the back door. If you are then I don’t think this will work for you but you can try. Just take a wire and connect the back door and front door terminals together. That should cause the doorbell camera current to be split between the front and back door chime circuits, basically reducing the current for the chime in half. That reduction can help eliminate the buzz. At least that’s what I think is happening.

Here’s a picture of the wire: 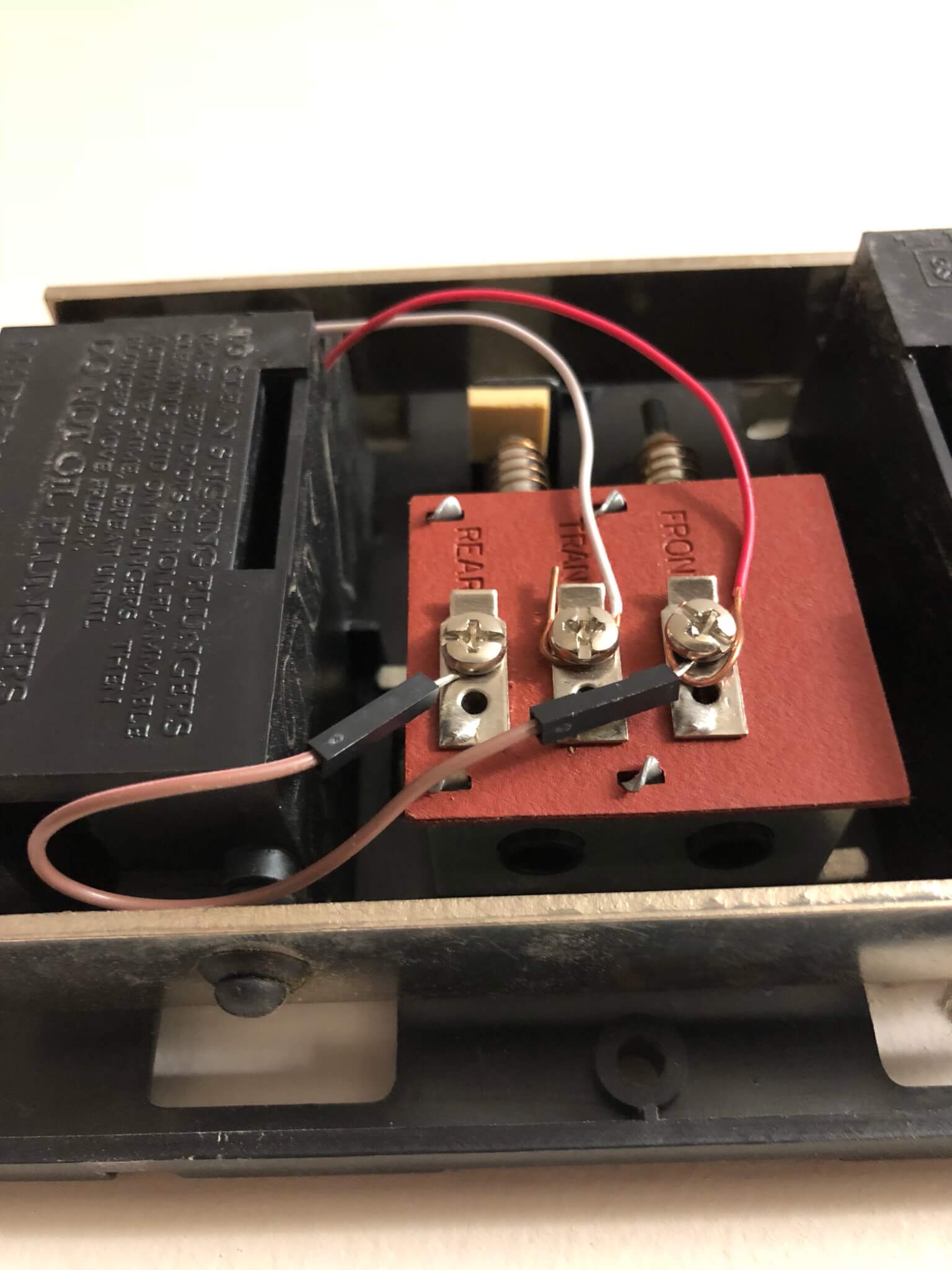 And as always, if you have any questions, feel free to ask. 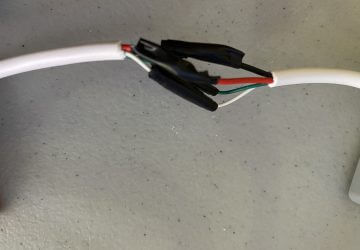 Using the WyzeCam as a Webcam for Your Computer or OctoPrint 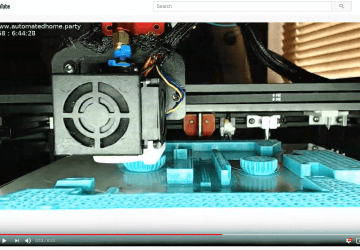 Automatically Upload Your Time Lapse videos From OctoPrint to Youtube 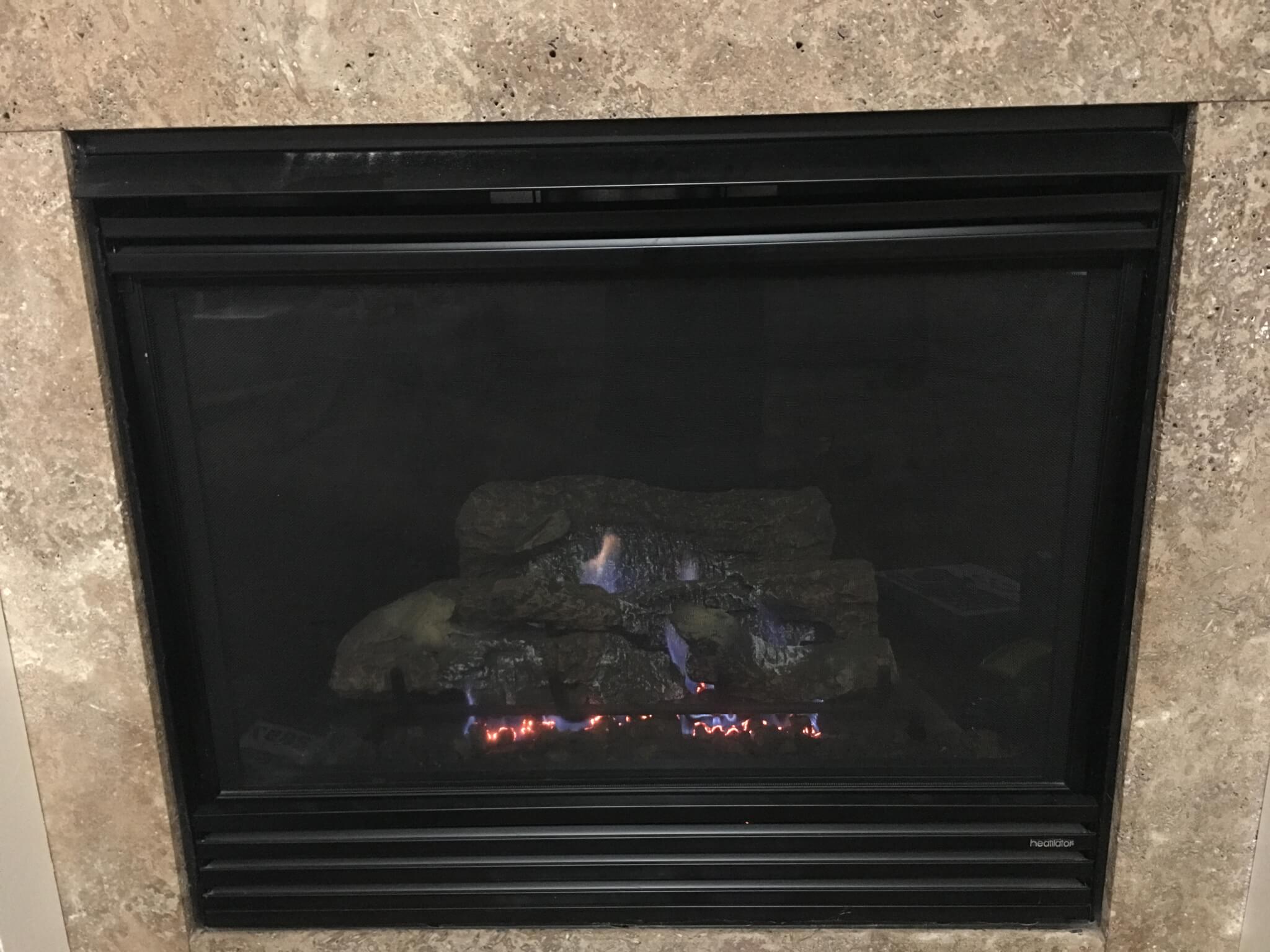 Summoning Actual Fire, or Other Automations, When the Bomb Goes Off in CS:GO via Home Assistant Setting Up OctoPrint and its Plugins 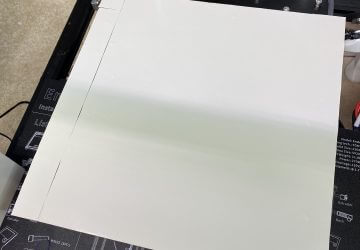